“Mary’s Home mission is to save lives by empowering and equipping homeless, pregnant, young women for lives of dignity, hope and self-sufficiency.”

In 2010, Mary’s Home of the Treasure Coast (formerly known as Mary’s Shelter), a 501 (c) (3) non-profit organization, opened its doors in Stuart, Florida.  Nestled in a quiet neighborhood, from the outside, the shelter looks just like any other home.  Inside, however, is space for up to ten women to reside.  While there, they learn valuable life skills that will not only help them become more independent, but also teach them how to bring a healthy baby into the world and raise that child.

Mary’s Home of the Treasure Coast has supported hundreds of women and their babies, throughout their pregnancies and after the birth of their child, providing them with educational advancement opportunities, job placement opportunities and invaluable life skills.

Jan Lindsay, Co-Founder
Jan was born and raised in a small town in western Pennsylvania and attended Pennsylvania State University. She left Pennsylvania to marry Noel Lindsay and became a “corporate wife,” frequently moving while raising their four children.  As they moved around the country, Jan saw a need to help homeless, pregnant women who had nowhere to go and no one to turn to.

Throughout her life, Jan had always been involved in ministries within her church to help those in need in the communities where she lived. The genesis of Mary’s Home came from a higher calling she received that guided her toward the creation of a place that would change and improve the lives of countless women across the United States.

Noel Lindsay, Co-Founder
A native of Florida, Noel was born and raised in Pensacola and graduated from the University of Florida with a degree in Electrical Engineering.  After graduating, he spent three years as the electronics officer on an aircraft carrier.  His business career includes sales management with Westinghouse and Union Carbide and, prior to his retirement, he was Northeast Director of Sales for Cooper Power Systems.

In 1983, Jan and her husband Noel Lindsay opened the first Mary’s Home in St. Paul, Minnesota with the goal of helping the growing number of women who were pregnant, homeless and had nowhere to turn. Since the first home was opened, four additional shelters have opened in Santa Ana, California; Reading, Pennsylvania; Elberta, Alabama; and Stuart, Florida.

Noel and his wife Jan moved to Stuart in 2002 to be near their children and grandchildren and to help his two sons who are partners with him at Lindsay Marine. 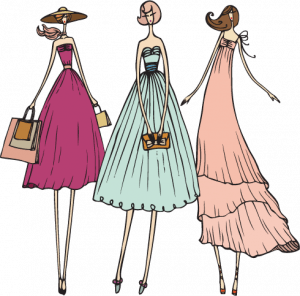